Computers are good at doing a lot of things in a split second that are extremely difficult for a human being to do. For example, searching for a keyword in a book. I’m all for having computers do as many tasks as possible, especially the mundane, time consuming ones. Sometimes it can take me awhile to figure out how to do it, but if I know it’s in the realm of possibility, then finding out the “how” is time well spent.

A few months ago, I was all fired up about Groupon, especially for restaurant deals. However, it’s been over a month now and I haven’t seen any restaurant deals worth pursuing. The good deals mysteriously have all but disappeared, but why?

I’ve read a few posts critical of Groupon’s business model, especially as it relates to merchants. In short, the bottom line for merchants is Groupon is not good for business. Is it possible that the restaurants around here who gave Groupon a shot, found out the new customers they were hoping to get never materialized? Instead, all Groupon did was give regular customers a 50% deal off their check — and that’s it.

If that’s the case, then it really is no surprise that restaurants aren’t running Groupons anymore, why should they?

Larry believes the PC will be replaced with a cheap device he calls an information appliance. It will be a glorified television which will access information and computing simply by connecting to giant computers via the Internet. Just like turning on a tap – and the PC will go the way of the well and the bucket.

I hate the PC with a passion. Me going down to the store and buying Windows 95, I’ve got to get into my car drive down to a store buy a cardboard box full of bits you know encoded on a piece of plastic CDROM and you bring it home and read a manual install this thing – you must be kidding you know, put the stuff on the net – it’s bits, don’t put bits in cardboard, cardboard in trucks, trucks to stores, me go to the store, you know, pick the stuff out, it’s insane. OK I love the Internet – I want information you know it flows across the wire.
— Larry Ellison
http://www.pbs.org/nerds/part3.html

I’m currently running an auction with 33 Watchers. eBay has always provided a Views count option but for some reason, not Watchers. There must be a reason why eBay won’t do this, but I can’t figure out what that is. Anybody know? Thanks. 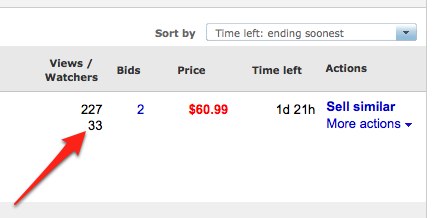 15 of Sher Music Co.’s books now available for iPad, iPhone and iPod Touch on iTunes. Here are the links!

If you’re sending an email about someone and they’re not dead yet, please have the courtesy to include more than just their name in the Subject field. Thank you.

I recently noticed that on my iPhone Twitter app, my membership number is posted (I joined August, 2006). Where is that info on the desktop Twitter? 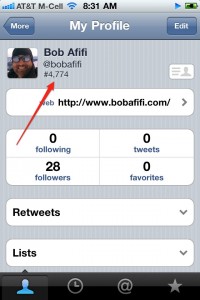 After doing the latest rounds of system updates for my iMac, Toast 6 Titanium is now burning very distorted audio discs. To verify that it wasn’t the iMac’s burner, I did a test disc using iTunes, no problems. Guess it’s time to get a newer version of Toast.

Fresh Choice recently changed their wonderful Chipotle Hummus recipe due to “some seniors complained that it was too spicy.” Well… now it doesn’t taste anything like it used to. 😐
Everybody I know who had tried the “old” Chipotle Hummus thought it was great — NONE of us like the new version. Surely the voices of all those who did not complain far outnumber the seniors that did, right?
Fresh Choice, if you’re listening, please bring it back! Thank you.
http://freshchoice.com

That is the nature of the service, Mrs. Brock. It is called diplomacy. And in it’s practice, the English lead the world.
— Sir Andrew Charleson (Ian McKellen, Plenty)