After a day or two (and some occasional stirring), the salt pellets will have begun to breakdown and the water molecules will have become completely saturated with sodium to a maximum salinity of 26.3%. Add a squirt of Dawn dish washing liquid and stir. Put in HDX sprayer. Spray blackberry and watch it die.

Seawater has a salinity of roughly 35,000 ppm, equivalent to 35 grams of salt per one liter (or kilogram) of water. The saturation level is dependent on the temperature of the water. At 20 °C one liter of water can dissolve about 357 grams of salt, a concentration of 26.3%. 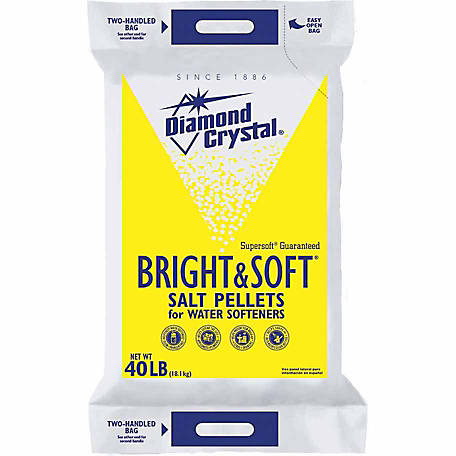 After waiting since Monday for my package to be delivered (it’s been stuck in Petaluma — 30 minutes away – since 6/14!). Now the UPS website claims as of 2:52pm today that “the receiver requested” (that would be me) to pick the package up from the UPS facility and will let me know when I can do that. I did no such thing. Pure bullshit.

I understand UPS is being slammed these days, but that’s no excuse for fabricating excuses as to why they’re not delivering packages. If the next thing I hear is I can pick it up in Petaluma, I’m going to just refuse delivery and return it. The whole point of why I bought it online was to have it delivered, not to have to drive 30 minutes to go pick it up myself! WTF. 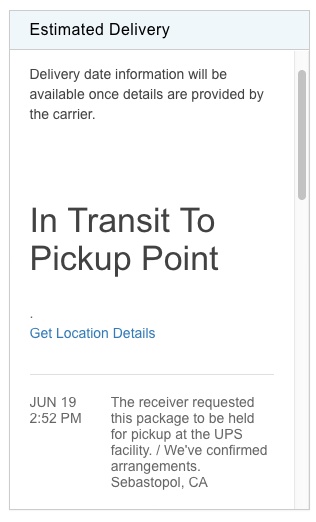 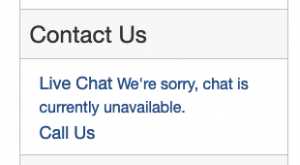 A few weeks ago I began to notice something strange on my right big toe nail. I initially didn’t think much about it, tried to rub it off. No dice. Haven’t been paying too much attention to it since but began looking into what may be going on online. Toenail fungus. Very common, but hard to get rid of. However, as I looked further and typed in different remedies, I searched for rubbing alcohol and lo and behold, there were reports of success.

So yesterday I started applying alcohol to the nail, not much of any improvement I could see, but I kept at. Then just a little while ago, I also started applying alcohol more to the front of the nail, trying to get the alcohol under the nail. Wow! Within seconds I began to see a marked change. Seems to be working! I then cut the nail back as much as possible and went at it again. Hopefully this will do the trick. Certainly already looks better!

Update 6/13
Well, the alcohol certainly has not made it worse, but I also can’t say it’s improved the situation as much as I had initially thought. I was encouraged by what I saw, but that was in response to a temporary effect of applying the alcohol and the nail becoming wet and looking better. Once it dries, the fungus is still there.

However, this is early days in treatment and I’ll continue to use the alcohol. I’ve also started to expose the toe to sunlight for several minutes every day. Also, walking around barefoot whenever possible and have a pair of open-toe sandals on the way.

Hopefully, a consistent regimen will eventually win out, but I’m resigned to this taking many months because of the glacially slow growth rate of toenail.

Update 9/14
And it’s gone!
I *think* not wearing socks whenever possible and just time (4 months) for the nail to grow out is the reason.

I was fortunate enough to have some unused N95 masks left over from the Sonoma County fires from 2017. So far, I’ve only used one mask during the COVID-19 pandemic. I leave it in my car on the passenger seat next to the Clorox Disinfecting Wipes. For the few times I go to Costco or other rarity, I wear it then and try to get in and out of the store as fast as possible.

As far as I can figure, unlike smoke particulate which can clog up a mask, coronavirus is damn near invisible and dies on surfaces after a only few hours – certainly will be long dead if left in a car, exposed to sun for a week or longer. So I don’t see the logic in throwing out a N95 mask that might have dead virus on it until it starts showing signs of wear, which so far this one has not and it’s been the one and only mask I’ve used since March.

Just had my first take out meal in months. Unfortunately, it was nothing like I remembered and have been craving for all this time! It’s as if they completely changed the recipe or have a cook who doesn’t know what to do. C’est la vie.

Puts paragraphs of emails separated by commas on single lines.

I’m seriously paranoid these days. I just went to get my mail and a young girl on her bike was sitting in front of our mailboxes.  I hesitated to go nearer until she rode off, then I held my breath and checked my box. No mail.  Went home, washed my face, took a shower.  Then I had hot cup of coffee.  All this to avoid a highly unlikely corona transmission, sheesh. Still.  Some chance, however slight, is not the same as no chance. So now I get to countdown the days of incubation all over again.  Fun. 😐

After fiddling about and getting nowhere with re-registering a plug for my light, trying a new plug, still nowhere, I restarted my router. Bingo! All back to normal.